The origins of the law firm of malherbe rigg & ranwell are difficult to distinguish from those of the early century mining town, which went on to become the city of Boksburg. Boksburg was the firm’s first home and this bond has remained intact throughout its 120 years of existence, which started in the dusty, robust, pioneering days of Paul Kruger’s Transvaal Republic, to the bustling metropolis of the modern day city.

21 March 1887
the farms Vogelfontein and Leeuwpoort, which had earlier yielded gold to a prospector, PJJ Killian, were proclaimed as public diggings and Boksburg was born, named after Mr WE Bok, the then State Secretary.
22 August 1887
100 stands were sold by public auction and the development of Boksburg began.
July 29, 1899
buried among the general mining news, prospecting snippets and personal announcements in the Boksburg Herald datelined July 29, 1899, two advertising notices appeared. These two announcements were the first indication of the inception of the law firm of mrr. 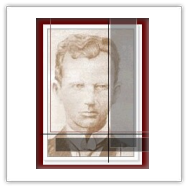 The outbreak of the 1899 Anglo Boer War proved a turning point in the make-up of the practice. Beyers turned to what became his true calling – the military – and travelled to Pretoria to sign up as a private with the Boer Commando, causing the partnership to be dissolved and leaving only Malherbe and Konig in the practice. He showed great military presence and was famous for capturing an entire British camp at Nooitgedacht. He later rose through the ranks to General.

Konig then signed up with the Boksburg Commando leaving Malherbe to run the practice on his own. After the war Konig left Boksburg and married Sophia Margaret Minnaar.

In 1912 Beyers, now chief of the Union Citizen Force, presented three handsomely carved chairs to the Boksburg Dutch Reformed Church in memory of his early practice days. In 1914, when World War One broke out, Beyers opposed it and led the 1914 rebellion, the result of which turned him into a wanted man and while fleeing to the OFS he suffered a fatal heart attack during a river crossing.

Julius Konig was present when his body was recovered from the river and the first partners of the original mrr were briefly reunited. 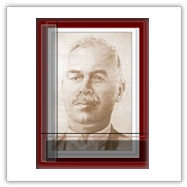 In 1906 Malherbe was joined by Reginald Shaw Rigg, a former subaltern in the Royal Lancasters and who had arrived in South Africa in time for peace to be declared. However, the pioneering country so impressed Rigg that he returned and settled in Johannesburg where he was engaged by the local law firm of Van Hulsteyn, Feltham & Ford.

He was admitted as an Attorney in November 1902 and two years later, representing a Boksburg miner, he was introduced to the bustling mining town. Following the successful defence of his clients’ case he opted to return and after a partnership with a Mr. Hull he joined Malherbe in 1906. They continued the practice on the corner of Buitekant and Church Street’s in a dwelling that still stands today.

Rigg resumed his military career during World War One and saw service in Walvis Bay as a Lieutenant.

In 1907 he returned and married Ellen Maud Marshall and had four children, two sons and two daughters – the same year that Malherbe married Katherine Pattick, a union which resulted in one daughter.

In 1919 Malherbe retired due to ill health and returned to the Cape where he led an active civic life until his death in 1938.

Rigg meanwhile was the sole surviving partner and on many occasions found himself pitted against one of the most astute legal and political minds of the time – Mahatma Ghandi – a man who was strongly opposed to the Union policy towards Indians.

His greatest legal battle was when he took on and won a case against the SA Railways concerning the expropriation of General Beyers’ old house, now the Horizon Clinic. The case received wide overseas coverage. 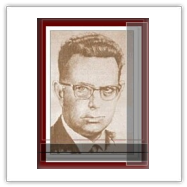 William Ranwell was born in Kuruman in the Northern Cape in 1910 and completed his schooling at Selbourne College in East London.

He completed his articles with the East London practice of Davidson, Wetherby and Addelson and was admitted as an Attorney, Notary and Conveyancer in 1933. In that same year he joined the firm, reaching partnership status in1936.

In 1939 he married Jessie Marshall and they had two daughters. Ranwell soon proved proficient in council matters, deeds of sale and municipal servitudes. Continuing in the military tendency of the firm’s partners, Ranwell served in the SADF during the Second World War.

Ranwell was a Freemason and rose to the position of Grand Master of the East Rand Scottish Lodge.

A keen sportsman, he retired from the firm in 1973 and died a year later. 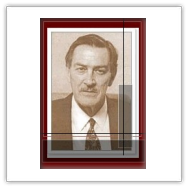 Martin Victor Robinson matriculated at Dale College in King Williams Town in 1947 and started working in 1948 at the Fort Beaufort magistrate’s court, which was, at the time his home town. From June 1952 to December 1954 he was on the relief staff in the Department of Justice and during that period he worked in 30 magistrate’s offices throughout South Africa.

He commenced articles with PG de Vries in 1955. In 1956 he married Sannie Bosch and they had three children, two daughters and a son.

Robinson then joined Savage, Jooste and Adams and achieved his academic qualification from the University of Pretoria in 1962. He was admitted as an attorney in 1963, the same year he was admitted to the firm, rising to partner two years later in 1965.

He attended to all matters, other than conveyancing in the firm, the latter being the exclusive domain of Ranwell. He served both as a Member of the Local Board of Directors of the United Building Society in Benoni and later as Chairman of the Local Board of Directors for Boksburg branch, an office which he held until the UBS became a public company and the Boards were rationalised. He also served as:

A member of the church council of the Central Methodist Church in Boksburg
School committees of both Baanbreker Laerskool and Voortrekker Hoerskool Boksburg
Chairman of the Boksburg Round Table 17 during 1996/7 and Eastern Transvaal Area Chairman a year later.

He served on the practical examination panel for Candidate Attorneys for 9 years and assisted setting the papers for the Administration of Estates exam. He also served on the Disciplinary and Fee Assessment Committees of the Transvaal Law Society. 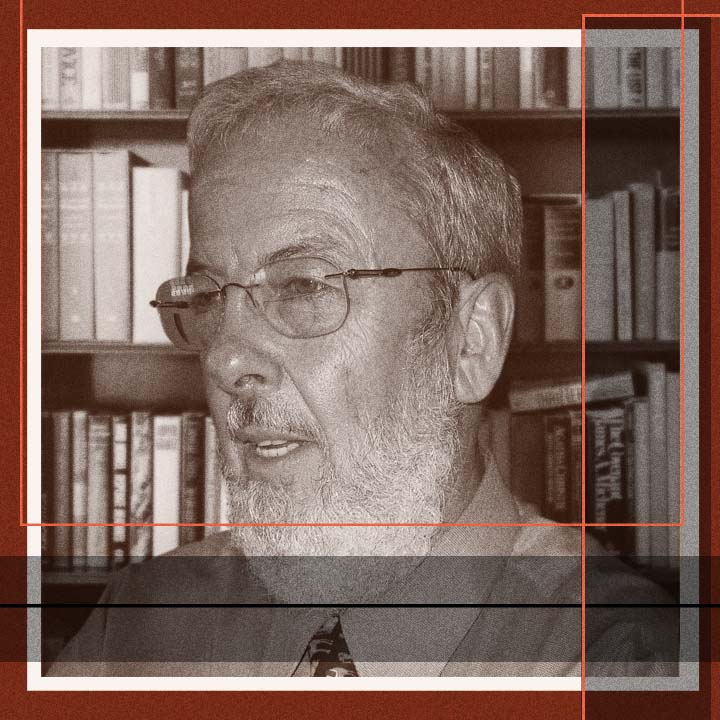 Peter Douglas Cooke joined the firm as an assistant in 1982, taking charge of the conveyancing department and was made partner in 1983.

Before joining mrr Peter first worked at the Department of Justice in Ermelo, after which he articled with the local firm of Jackson and Joubert while studying through Unisa. Peter was admitted as an attorney in 1972 and as a Notary Public in 1978. During 1979 and 1980 he again worked for the Department of Justice in Springs, first as a Public Prosecutor and then as a magistrate.

In 1980 Peter was admitted as a conveyancer and received the D.I Friedland Memorial Prize for outstanding distinction achieved in the Transvaal Law Society’s 1980 practical conveyancing examination. In 1986 he was appointed as a Small Claims Court Commissioner, first for Springs and later for Germiston.

Peter has been a philatelist since 1957 and has always enjoyed outdoor activities. Both he and his wife, Cynthia, whom he married in 1976, are keen trout fishing enthusiasts and they had three children. 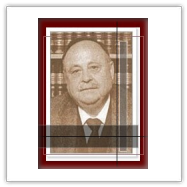 He then joined the Boksburg Firm of S. Bentel and Rubens and was admitted as an Attorney in 1967.

Van Vuuren then bought a practice belonging to JD Cilliers before amalgamating with mrr.

He married Hanlie du Toit and they had two daughters.

Van Vuuren served as the Chairman of:

He also served on the following committees: 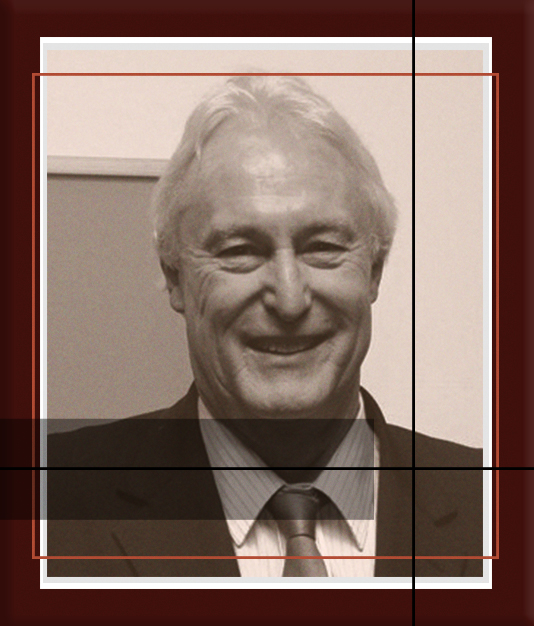 Jeff Matthee matriculated at Benoni High School in 1971, where he had been a prefect, Junior Town Councillor and Deputy Junior Mayor of Benoni. He completed a year’s national service with the Air Force before enrolling at the University of the Witwatersrand, graduating in 1976 with a B Proc degree, having simultaneously completed his articles with S Bentel Rubens & Hirschowitz.

During his period of study, Jeff held various part time positions, which included being a Production Moulder, Laboratory Assistant, Waiter and Door to Door Salesman.

In 1977 Jeff was employed by MRR initially to attend to criminal and civil matters. That year he married Sally Ann Whitbread and they have two children, a daughter, Samantha and a son, Justin. Samantha currently practices as a Psychologist in Benoni, and Justin, having attained a BSC degree in Construction Management, works as a Project Manager. Jeff is also a grandfather to Julia, Emma, Jade and Jeff, whom he adores.

In 1978 Jeff was admitted as a Partner of the firm and took control of the Litigation and Commercial Law Departments. He retired as the Chairman of the Board of Directors in 2014.

Jeff served as a Commissioner of Small Claims Court for a period of 10 years. In 1991, he was recognized by the then Transvaal Law Society as a Litigation Expert and was chosen to serve as a Specialist Litigation Examiner, assisting the Society with Board Examinations for the Admission of Attorneys. In 1995 he was elevated to the status of ‘Senior Examiner’.

Jeff serves on the Disciplinary Committee of the Legal Practice Council and chairs hearings in matters where Attorneys are tried for Unprofessional Conduct.

He has served as the Chairman of FAMSA East Rand and for his services was granted Honorary Life Membership of the organisation.

He has also served on various School Governing Bodies, the Executive Committee of Benoni Central Methodist Church and as District Disciplinary Registrar of the Methodist Church of Southern Africa and Swaziland.

He assisted with the establishment of, and named, “KIDS HAVEN”, a home for street children in Benoni and chaired their Board for many years.

In the 1994 National Elections, he took leave of absence from his professional duties in order to join the Peace Secretariat.

Recognizing the need to address the increasing incidents of drug abuse in the community, particularly amongst the youth, Jeff acquired and renovated a building, called THE BRIDGE, for the rehabilitation of adolescent drug abusers. More recently he acquired the adjoining premises and renovated same to be used as a halfway house for rehabilitating drug addicts, called THE LODGE. For his services to SANCA (The South African National Council for Alcoholism and Drug Addiction), he has been granted Life Membership of the Organization.

He has been a member of the Rotary Club of Benoni Van Ryn and was President during the period 1999 to 2000. Rotary International has honoured him with a Service Award for professional excellence in recognition of his professional achievements, demonstrated by high ethical standards.

In recognition of his service to the community, he was awarded a Paul Harris Fellowship in 2000 and in 2007 he was honoured with a Paul Harris Safire Award.

In 2007 Jeff achieved the Community Service Award for Boksburg in recognition of his many contributions to the less fortunate communities of Boksburg.

In 2008 Jeff received the Boksburg “Top Male Professional” award, incidentally sharing the accolade with his partner, Antoinette, who was named “Top Female Professional”.

On the sporting front, he has experimented with most sports, excelling at none.

He currently and endeavours to maintain a degree of fitness by regularly attending gym and riding his bicycle.

He enjoys hiking in wilderness areas with his wife, Sally and anyone who cares to accompany him.

Jeff’s real passion is spending time with his family and relaxing in the Kgalagadi Transfrontier Park and the Kruger National Park where he has served as an Honorary Game Ranger.

In 2014 Jeff retired from the Practice of Law but remains a valuable member of MRR in his capacity as a consultant, and continues to act as a mentor to the current partners of the Firm. 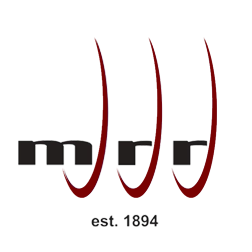